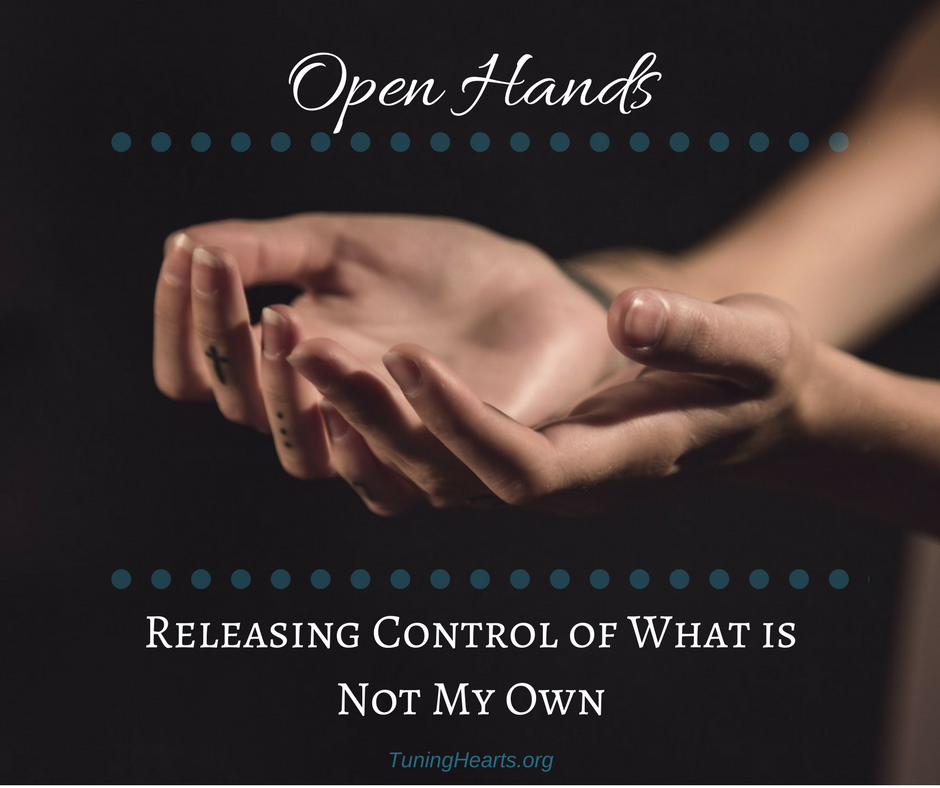 We had a house showing today. I am not sure how many we have had now, but every time it stresses me out so much. Today was no different. I cleaned most everything yesterday because I knew we would be out of the house this morning for prior commitments and would only have time and energy for vacuuming and final tidying in the afternoon. Still, the whole day I was on edge. I snapped at the kids for stupid little things. I felt discouraged and frustrated. I complained to God about how long this process is taking and grumbled about all the hard things that have happened to us during our time here. When it was finally time to clean up before leaving the house for the showing, I was super tense, worrying that everything might not be just perfect enough and that the people coming would not be impressed and not want to buy the house. And it would be my fault for not cleaning enough, for not taking good enough care of the house or the yard.

That is when it hit me. I was taking sole responsibility for selling this house upon myself. Forget the fact that God gave my husband his new job without any help from me. Forget the fact that He has provided everything we have needed up to this point, again without my help. Sure, I keep praying for Him to help us sell and move and all. But then when it is time for me trust Him to work, I take it all on myself. And that makes me a very nasty person to be around. And I am pretty sure it doesn’t do a single lick of good for the house, actually! That stung, to realize that I have been so faithless and allowing that worry to control me to the point of even taking it out on my kids.

But even in the midst of conviction, I felt a sense of relief. I do not have to sell this house. I do not have to clean every speck of dust off the floor in order for God to bring us a buyer. I do not have to stress about the house having the perfect lighting and temperature set for a showing. Those things might help, but God does not need me to do them in order to sell this house. It is not ours anyway, not really. He has given us at a resource for a time, and now we are releasing it fully back to Him to use for a different purpose. What if I let go completely and let Him work as only He can? Yes, I do still have to do my job. But I don’t have to hold tightly to control every detail. I do not have to sacrifice my relationship with my children over this. I can hold loosely to all things because my Father is caring for me.

Humble yourselves, therefore, under the mighty hand of God so that at the proper time he may exalt you, casting all your anxieties on him, because he cares for you.

So from this point forward, I am making an effort to release control of the sale of this house and all the details that go with that. I am going to prioritize spending quality time with my family, making heart connections and memories with my children. I am committing to open my hands to release that which is not mine to control and to accept that which God has already given me. And I am thankful that tomorrow is a fresh new day. . . And nobody is coming to look at the house, so I will not be cleaning. Well, maybe I will at least do the dishes. 😉

This post is part of the Grace & Truth link-up at Arabahjoy.com. 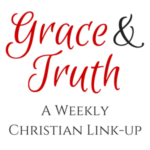 “Do you have everything packed yet?”

“When do you all move, exactly?”

These two questions are ones I have heard over and over recently, and I never know quite how to answer them. You see, we are in the midst of a move that has been a long time coming, and we still do not know just when we will all actually be in a new place.

One day my husband and I had a conversation in which he told me that he sensed the Lord telling him it was time to prepare for change. He saw signs of things in his full-time job that did not bode well, and he started scanning job listings in his field and updating his resume. We began decluttering the house, fixing little things here and there, and even packing a few boxes of books and decor that were not needed for a while. And we waited. We knew the Lord had told us to get ready to move, but we had no idea where or when.

That was over 18 months ago.

We had already been in a period of transition already for 1 1/2 years before that due to leaving our previous church where my husband had been the music pastor for 6 years. We visited various churches in the area for a while, then stayed in a couple others for short amounts of time to do interim music ministry and rest. Finally, he started a part-time music position in a struggling church south of where we live, and we tried to settle in there, all the while knowing what God was telling us. You won’t be here long, child.

But how long is not long on God’s time table, anyway? Usually, it is a bit longer than we would like, isn’t it?

So we kept cleaning things and fixing things and packing things and tossing things we didn’t need. Paul kept applying for jobs and sending out resumes and working overtime. Nothing changed, but we trusted that when the time was right, God would move us right from one job to the other. But that was not quite the way everything worked out. Instead, 6 months ago, just a few days before Christmas, my husband came home without a full time job. Things had come to head at his workplace, and he decided it was time to resign. Without another job on the horizon, the weeks and months after that were a little stressful and sometimes discouraging. Money was tight, but, thankfully, we had savings and his income from the church. He was also blessed to get a part time job at the local Walmart. The hardest part was knowing that God had told us to prepare for something else,  and not knowing what or when that something else would ever happen.

But, as often happens, God provided in a way that we did not expect, and now we know, at least, the area to which we will move and what my husband will be doing! But there are still unknowns, like how long it will take to sell our house here, and whether or not we will get the rental we want when we do! But we are trusting God to take us through these uncertainties just as He has over the last 3 years!

So, are we packed? Well, yes, as much as we can be until we have a moving date!

And when will we move? Only the Lord knows that! But hopefully it will be soon, and we will be able to finish saying goodbye to Southern Illinois and start saying Hello to Middle Tennessee!